The Ancient House Hawklight, and its vassal House Sicarus have always been known for their Navy.
The City of Blackstone upon the Talon Isles supports its shipyards via the large surrounding forests of the Isle. Providing the necessary lumber, iron and cotton to construct these vessels.

Kharn Sicarus of Aeroch Nor, once in History having been the Captain of the almighty STORMBRINGER Airship is known to nowadays Captain an exquisite Masterwork Brigantine vessel to rival all others on the seas, and as of recent, has begun to sell additional vessels, both new and old to those who have asked of him. The prices are high, but the quality of the product has always matched.

Commission Details at the bottom of the post, but first a preview of existing vessels I have made and/or Sold.

- SMALL SHIPS -
OOC Note: For Hollowcrafting Purposes, I personally define these vessels as SINGLE MASTED ships, these would be Cutters, Sloops and Cogs most typically. Possibly a Ketch as it features a very small rear mast.
-
Fart'n Arse
- This Gaff Cutter sits at approximately 38 meters in length. Lacking any weaponry, it features a small stowage and bears a rowboat upon its stern. This rowboat is large enough to carry the small crew complement of 6 to 8 Individuals. It is an older vessel of the Navy that has been sold off to a Ruvan Kegheart for Taproom duties. - 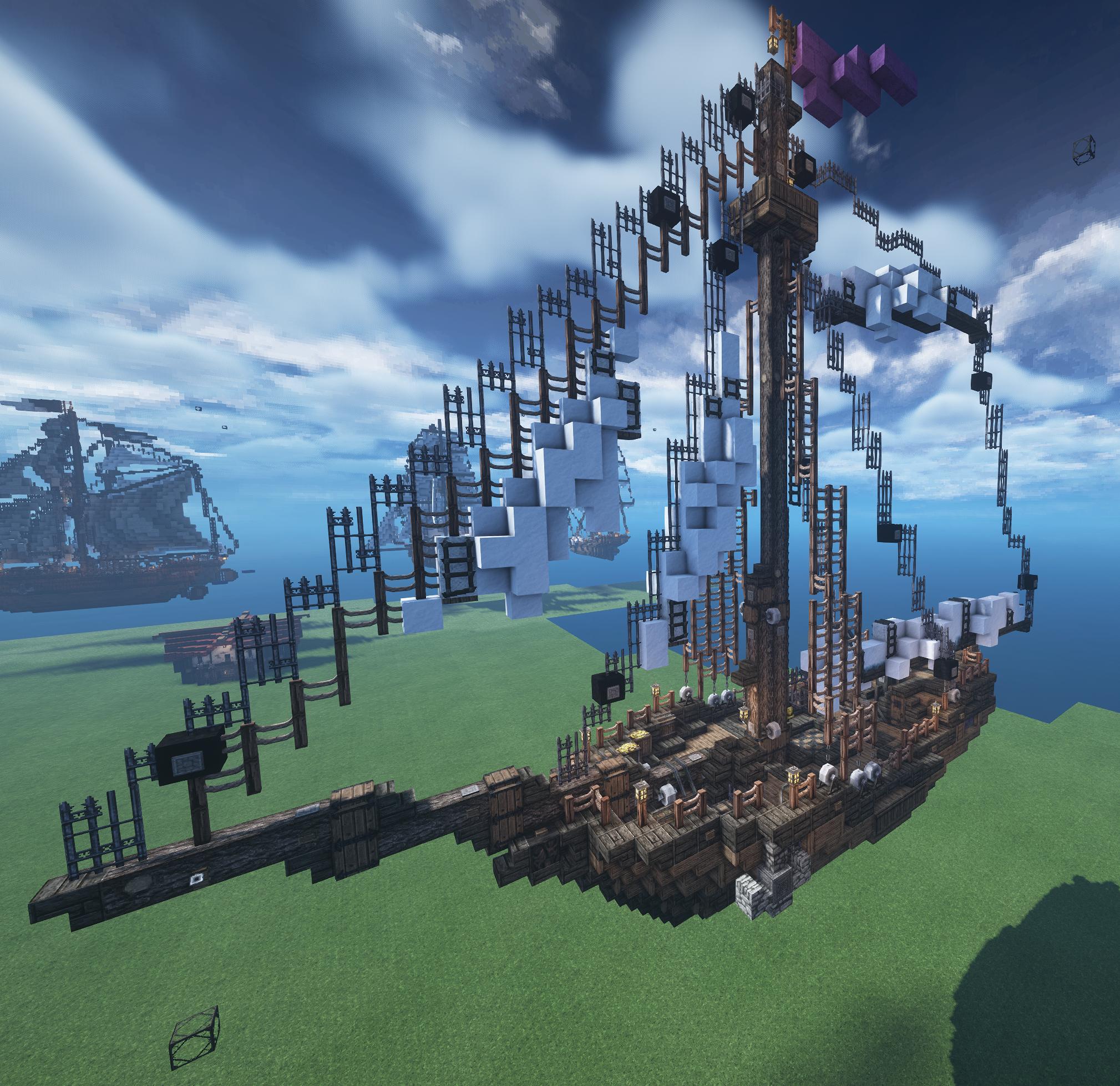 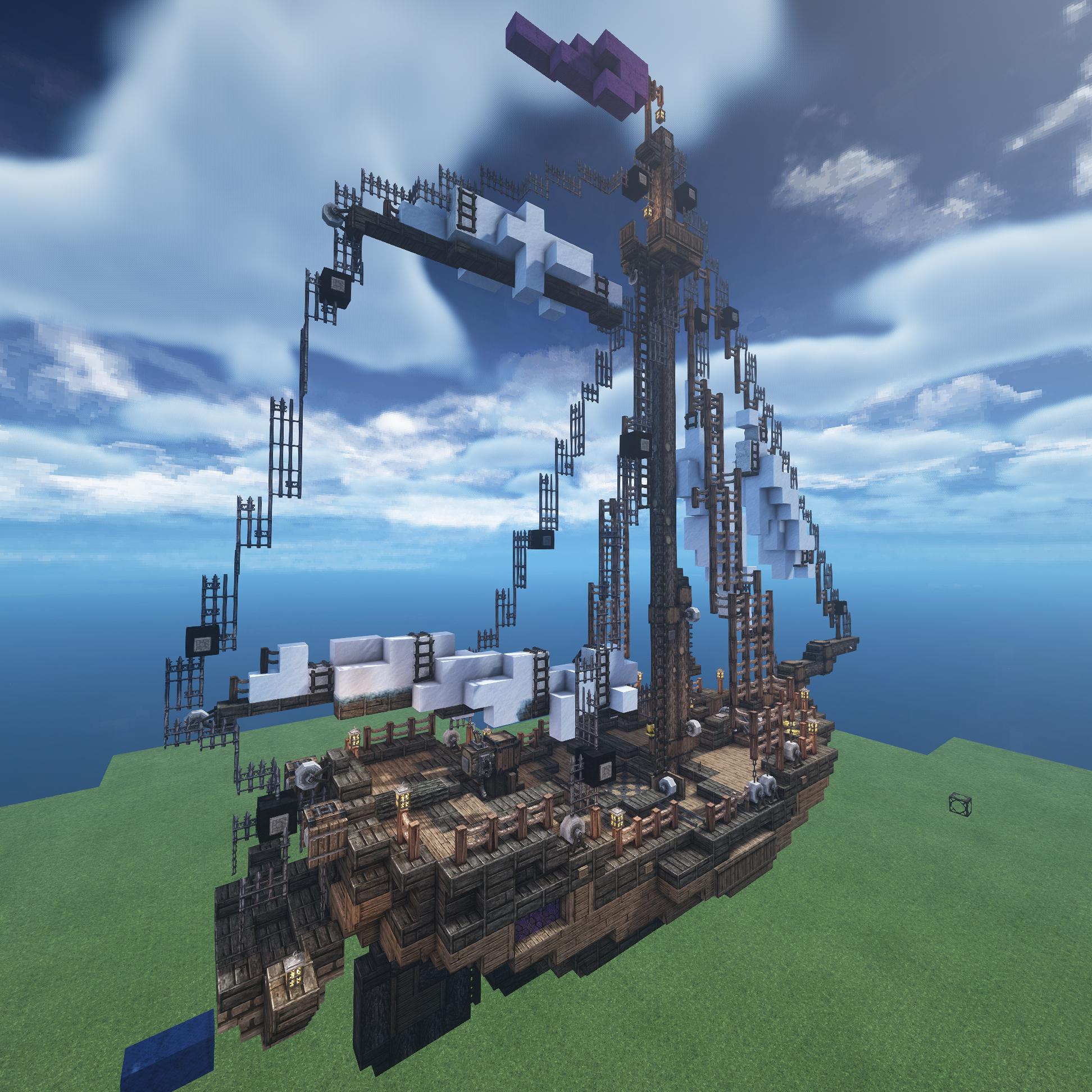 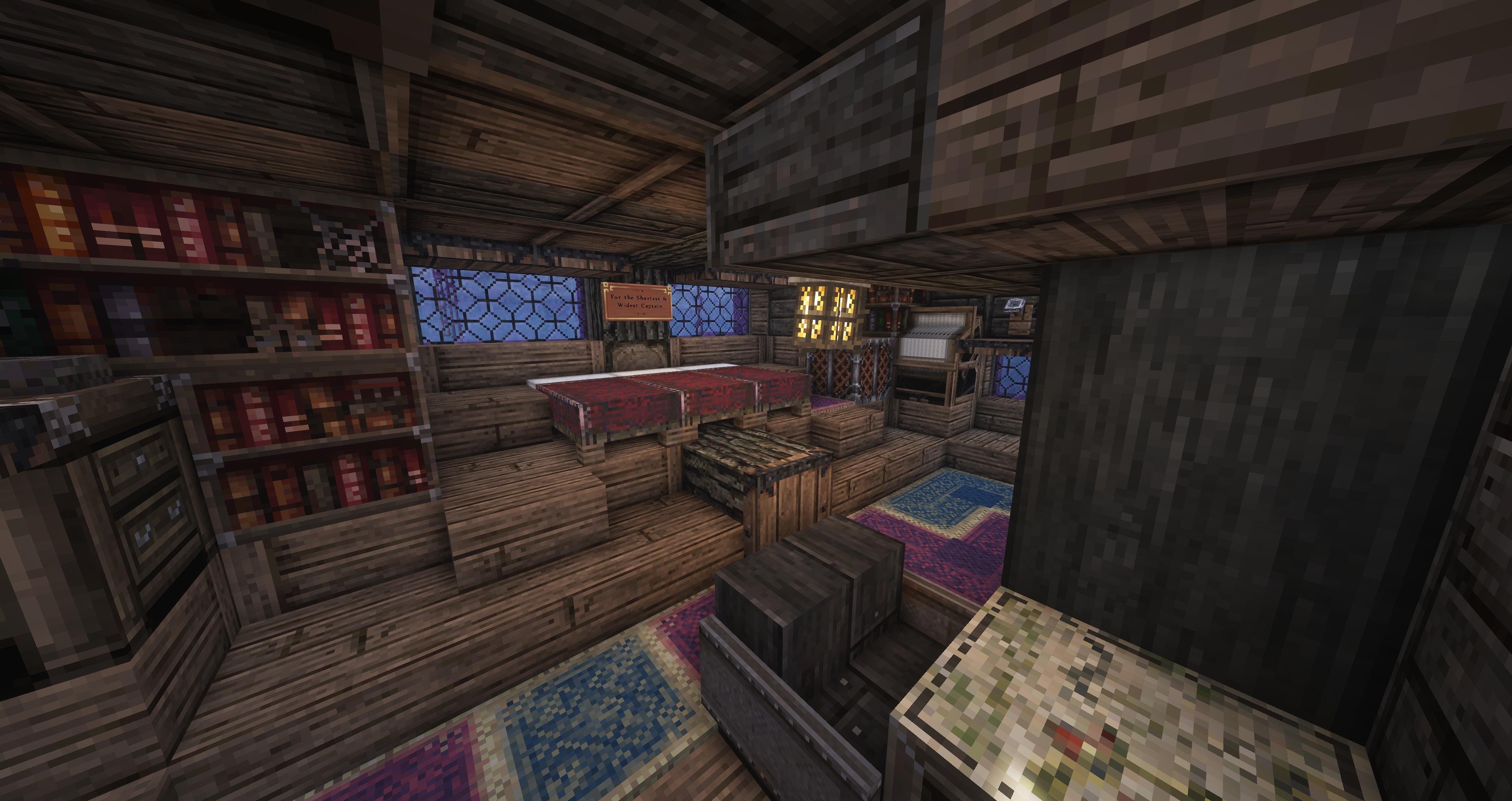 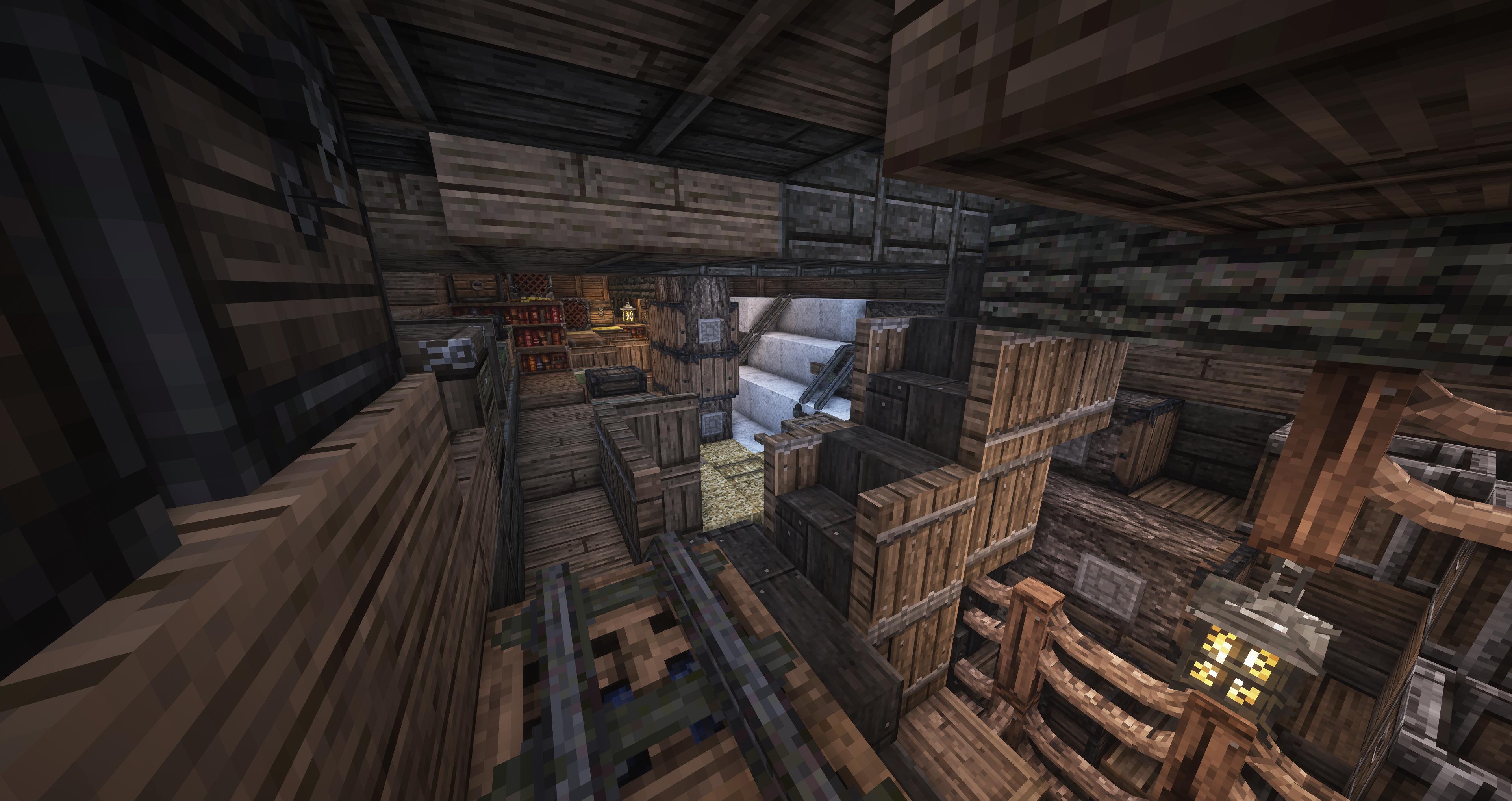 The Unladen Swallow
- Another Gaff rigged Cutter, this vessel serves at Aeroch Nor, functioning as a transport between it and Mockingbay. It bears little armament but is preferential to running than fighting. It serves as a passenger transport than a cargo hauler. - 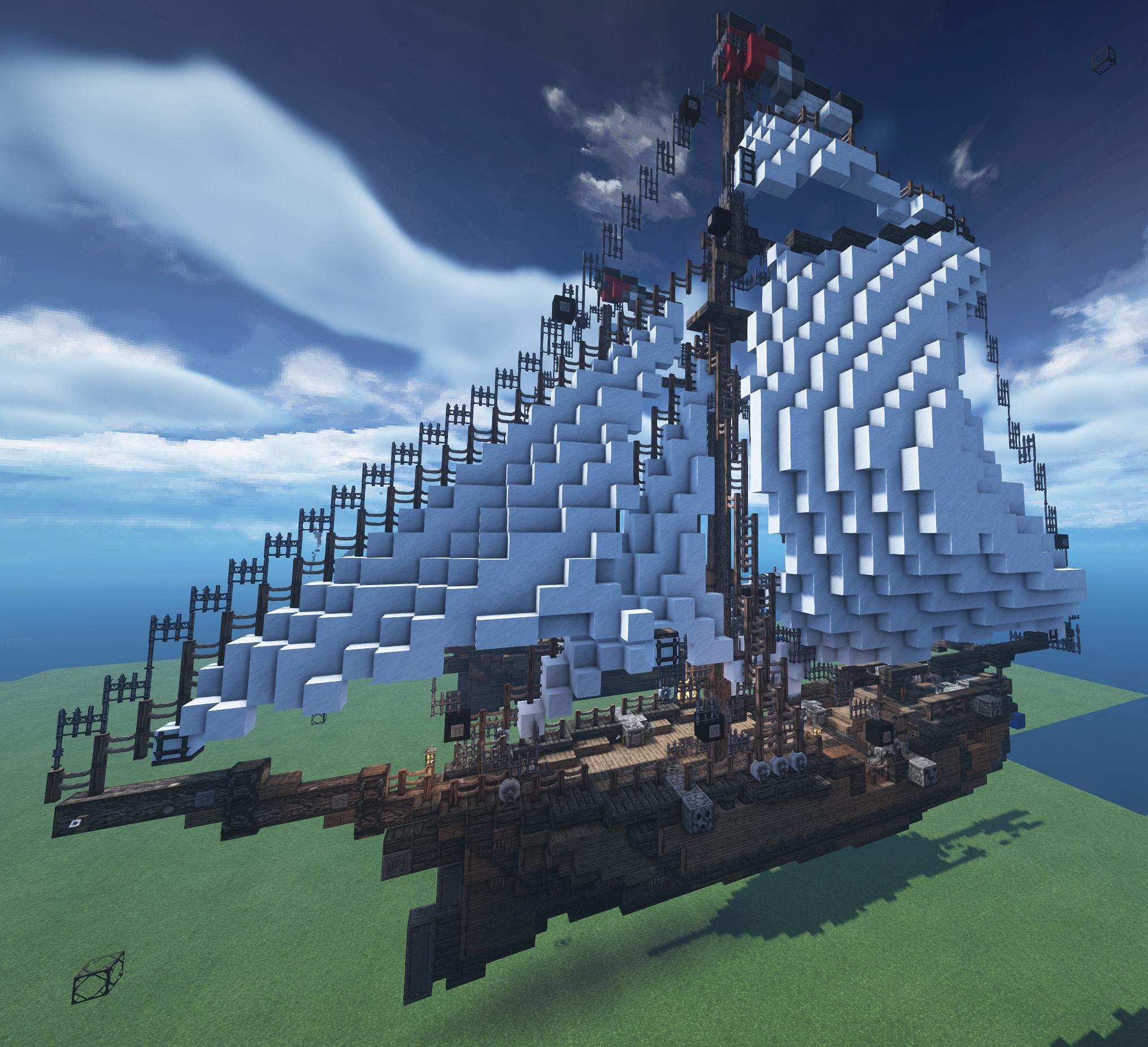 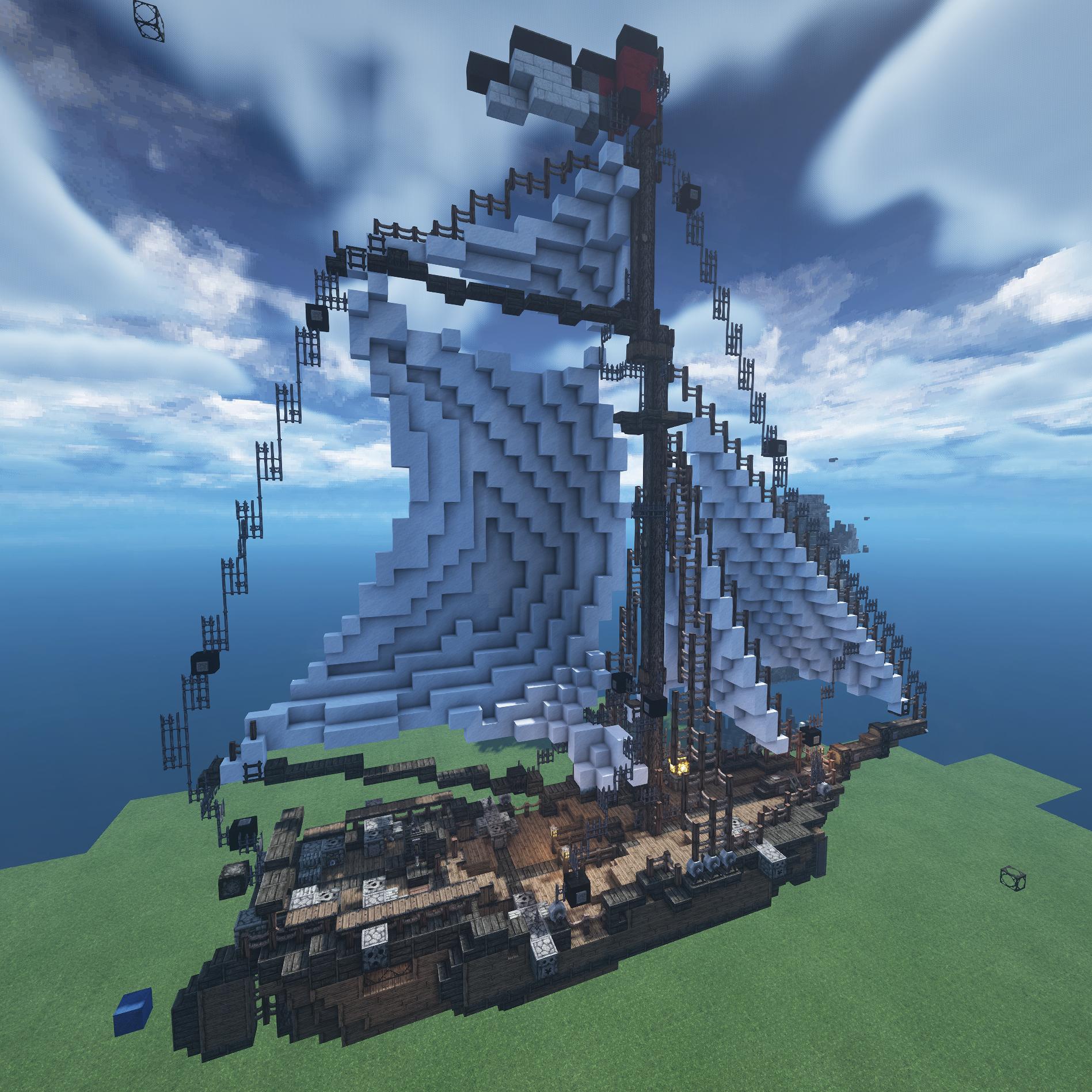 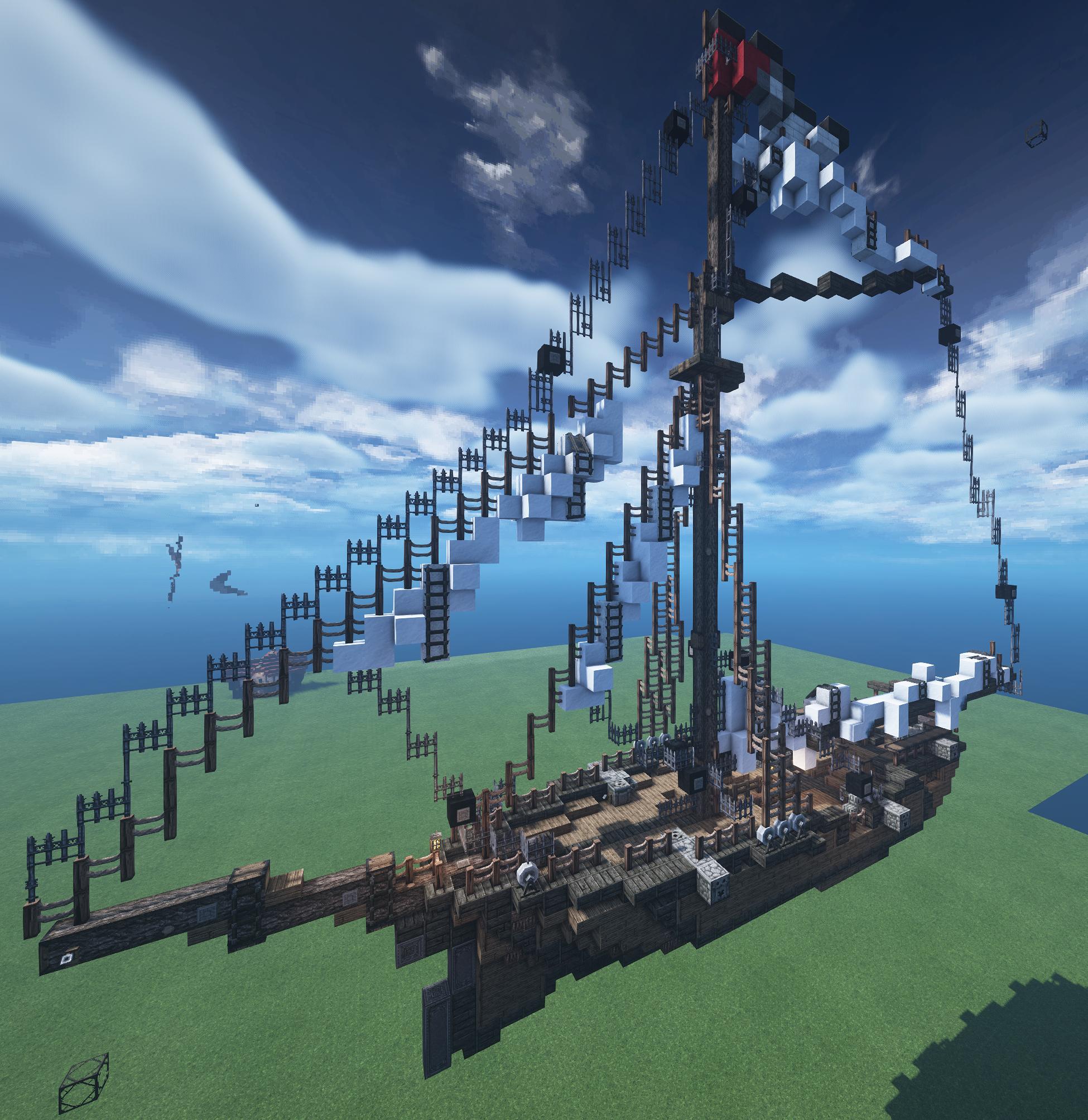 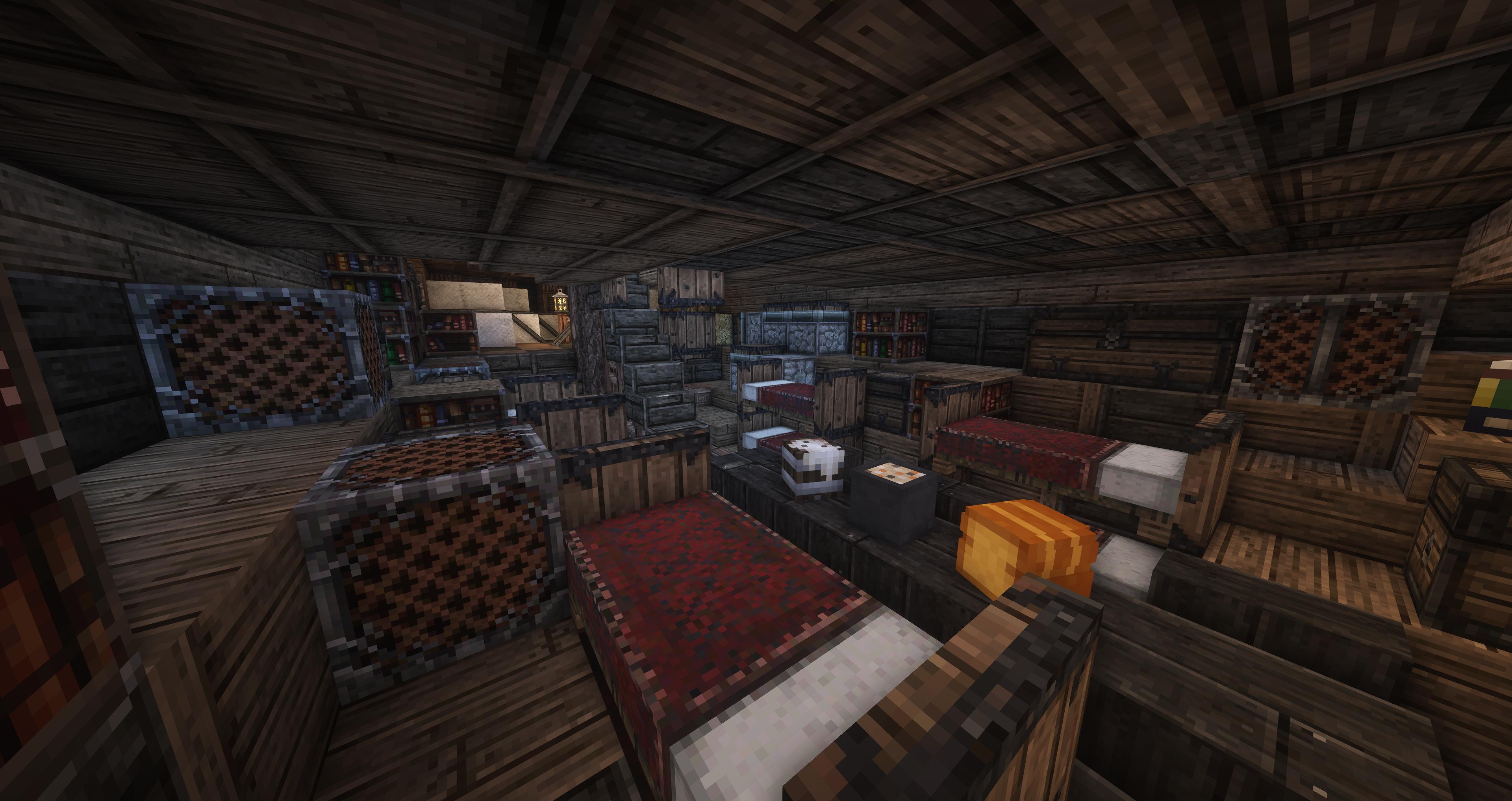 Miststrider
- A Naval Cutter at 50 meters in length, it features three headsails and is designed for speed rather than cargo capacity. It bears two ship-mounted Scorpions near the front of the vessel for a minimal, but better-than-none defense. - 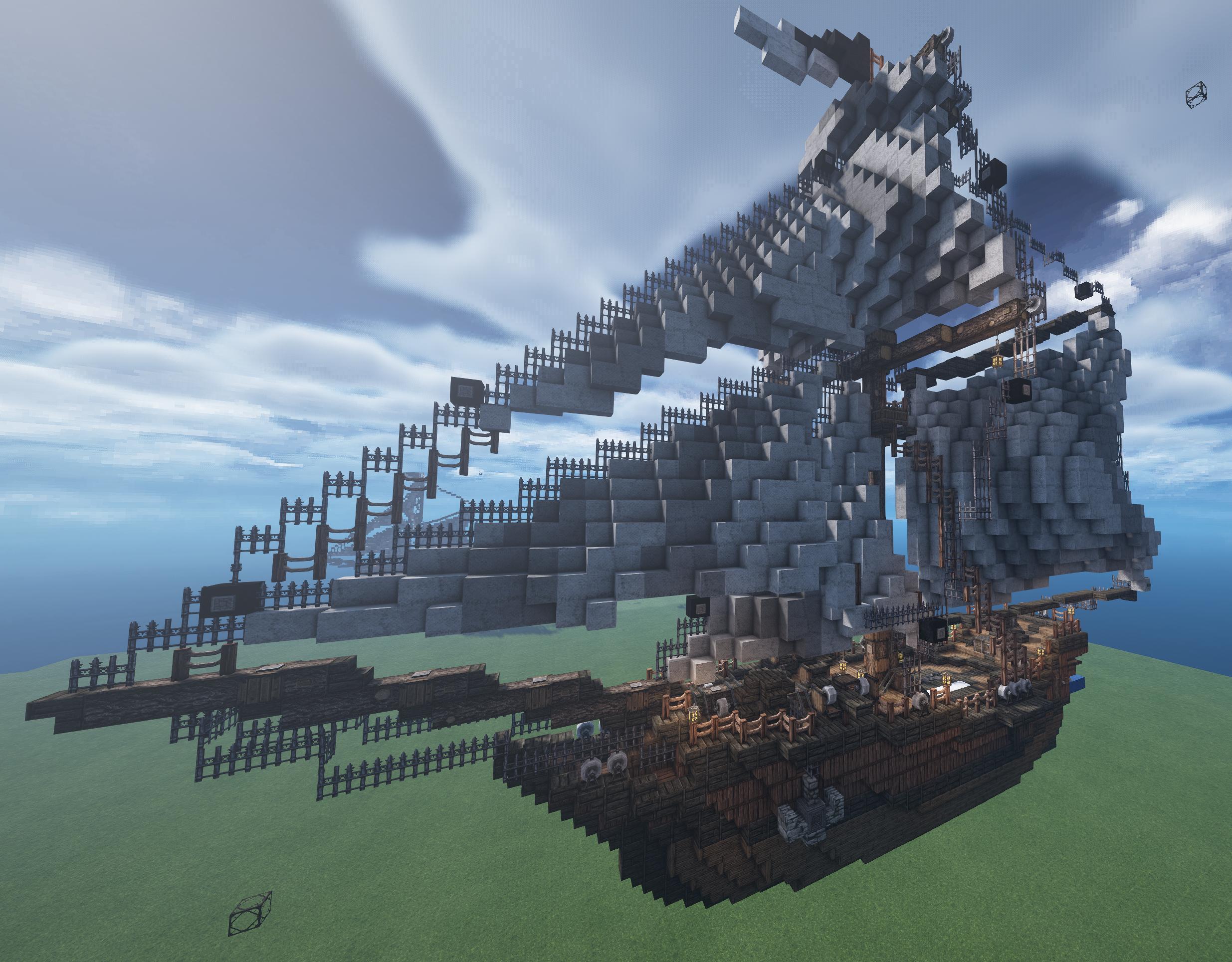 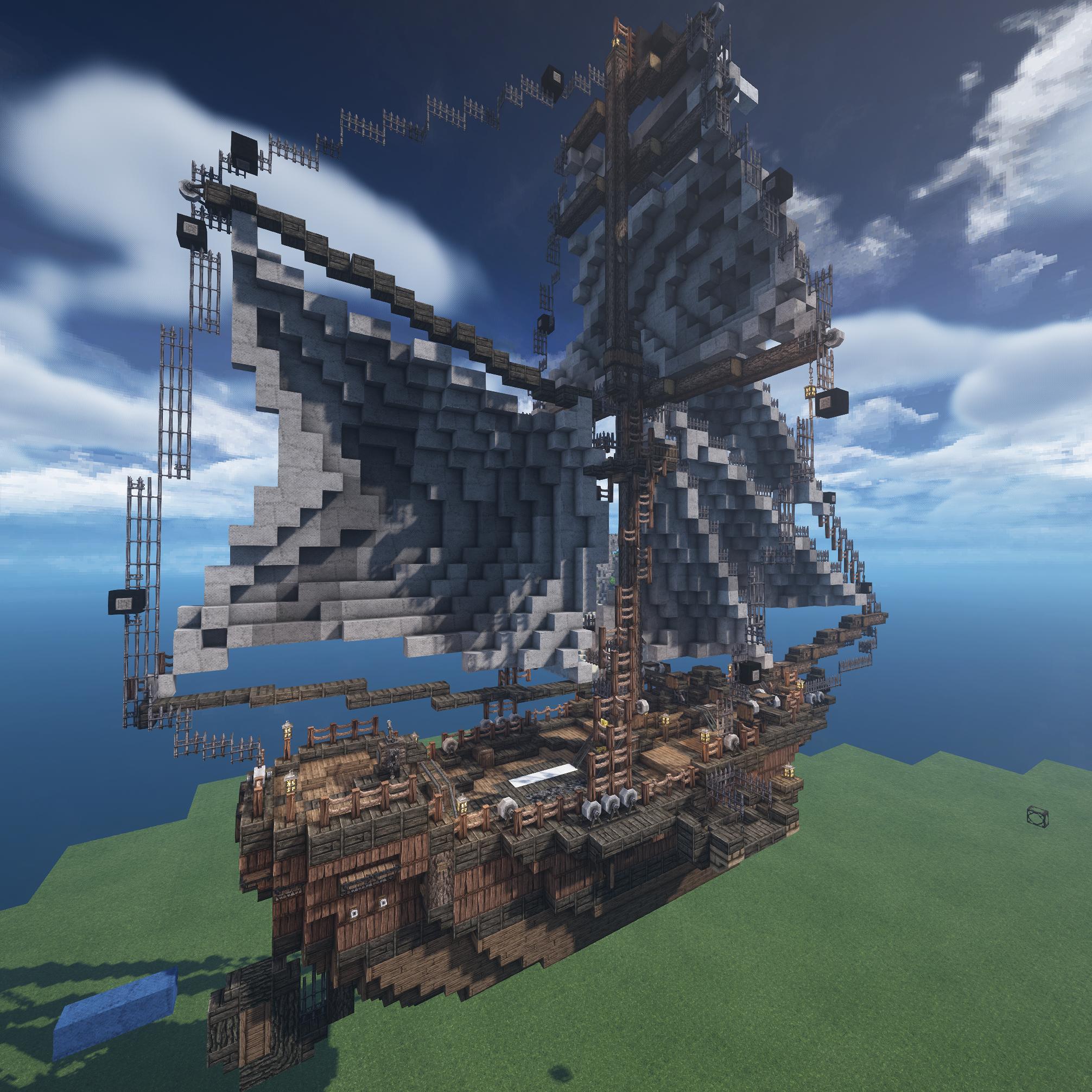 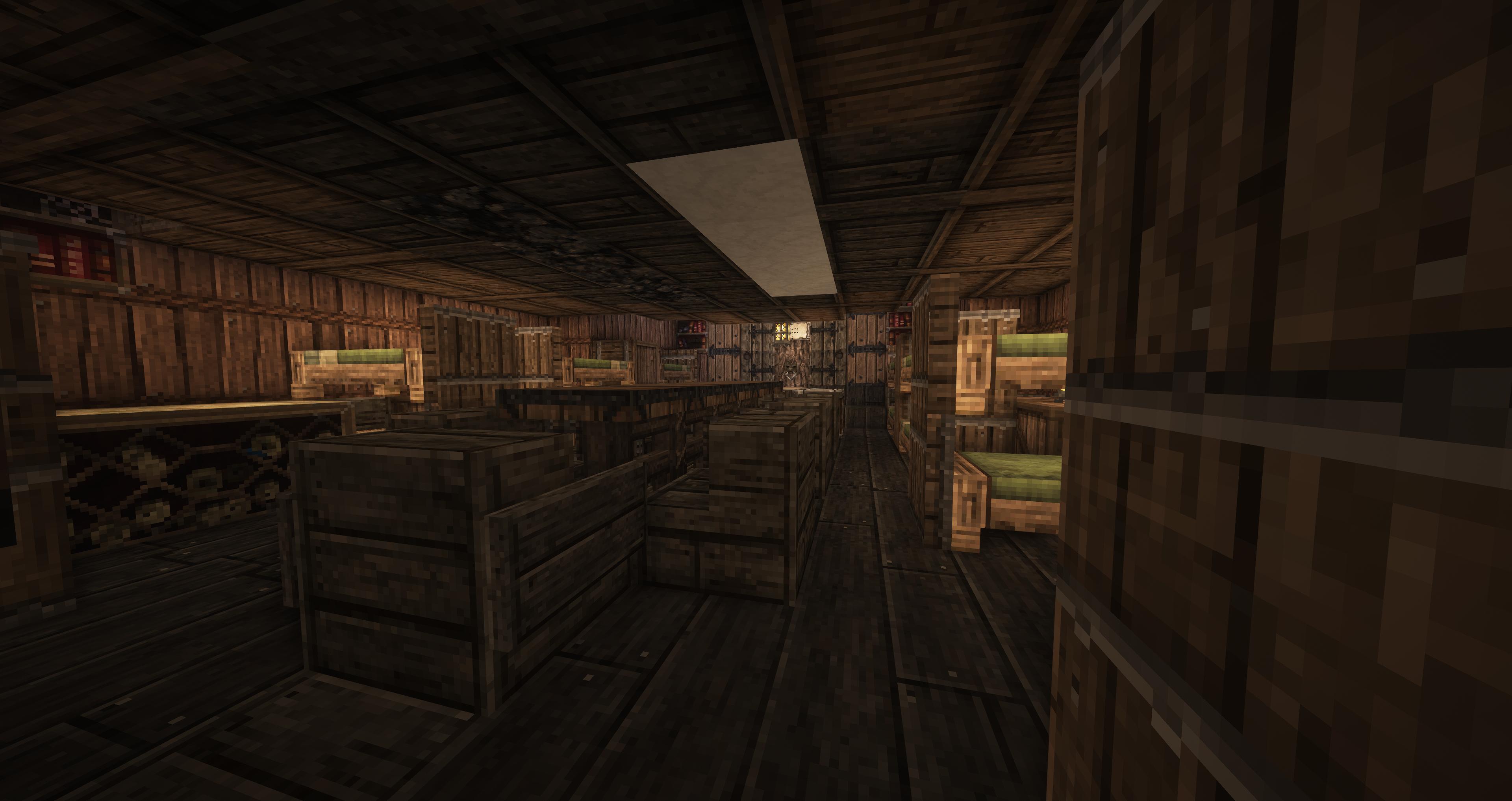 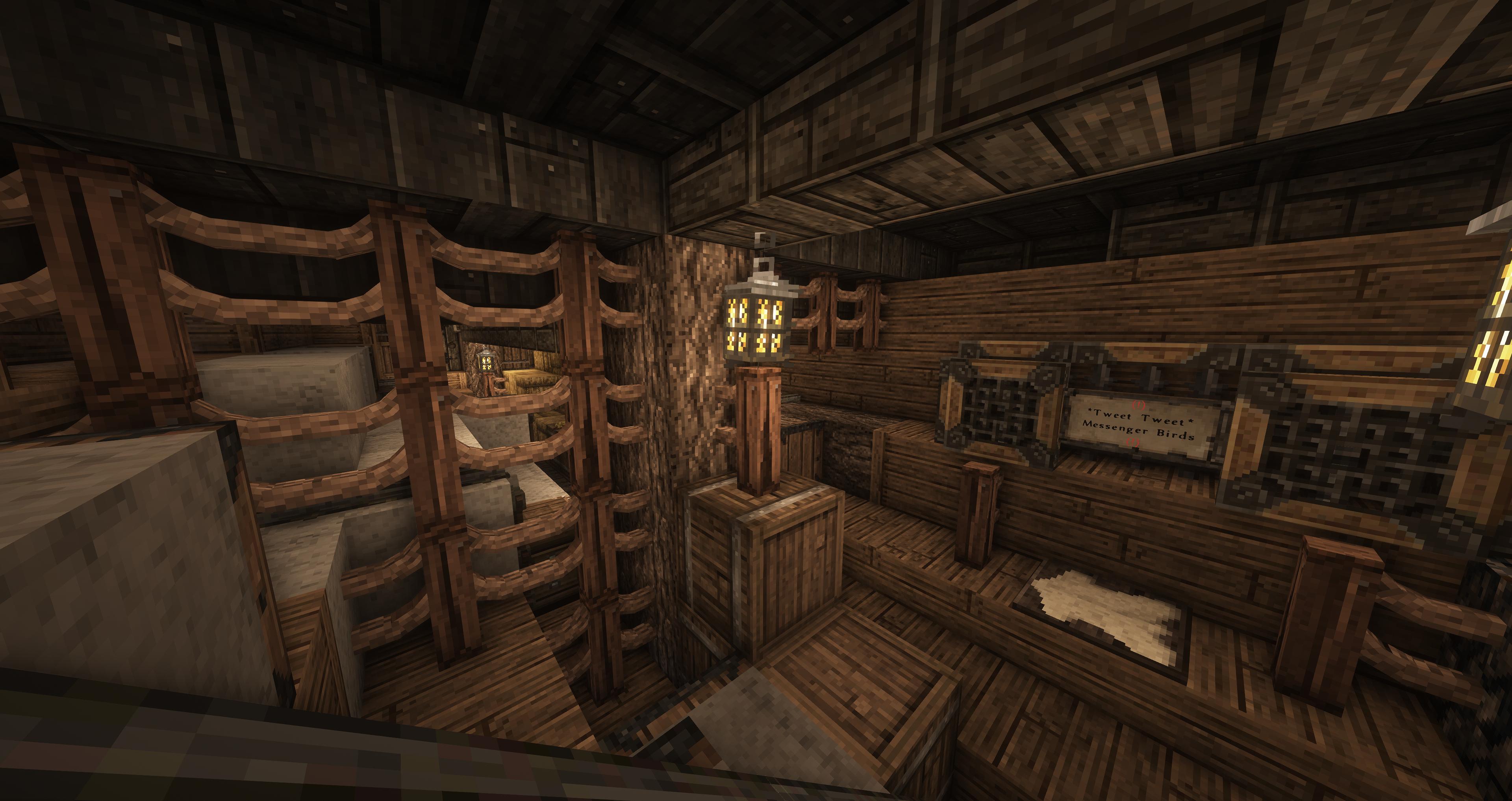 - LARGE SHIPS -
OOC Note: For Hollowcrafting Purposes, I personally define these vessels as TWIN MASTED & MORE ships, these would be Schooners, Brigs/Brigantines, Caravels, Carracks and beyond. They are much greater in size, durability and both IC and OOC construction time.
-
The Iroquois
[Kharn's Personal Vessel]
- The Mastercrafted Brigantine vessel, sporting clean white sails in great number with extra studding sails to boot, its speed is practically unrivaled at full sail on the open ocean. It carries a large complement of weaponry for both offensive or defensive means, for giving chase or should it be chased. - 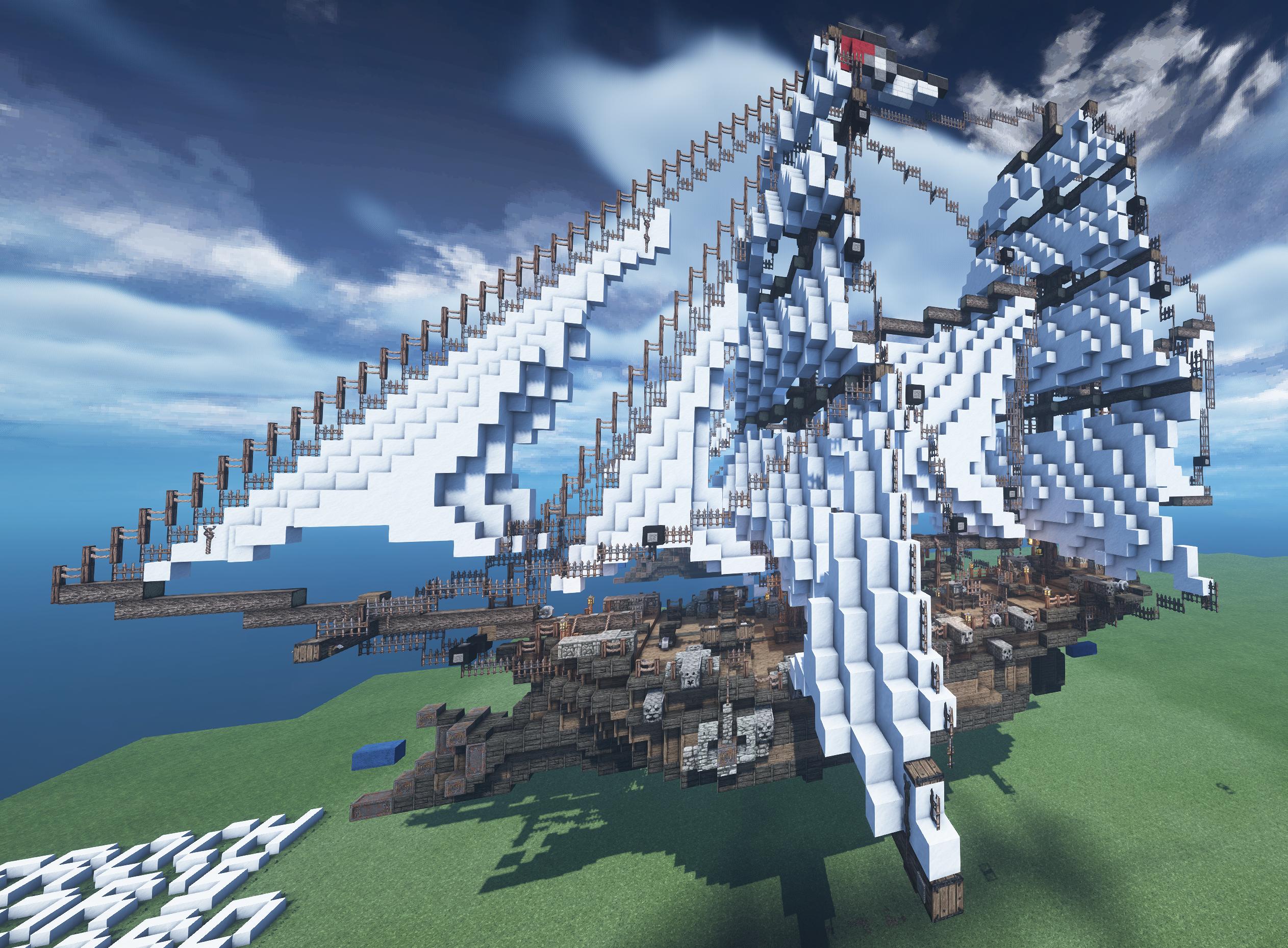 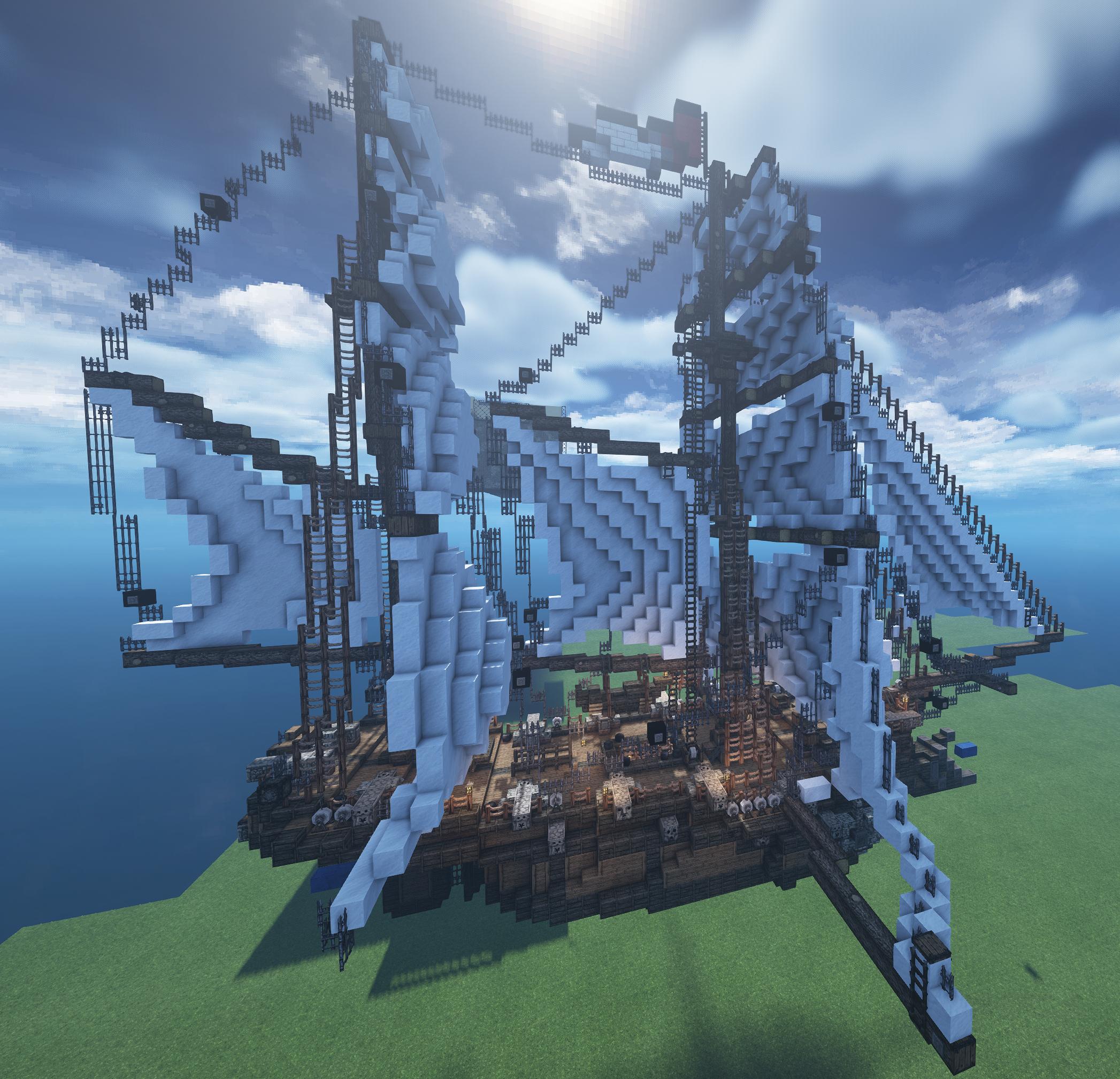 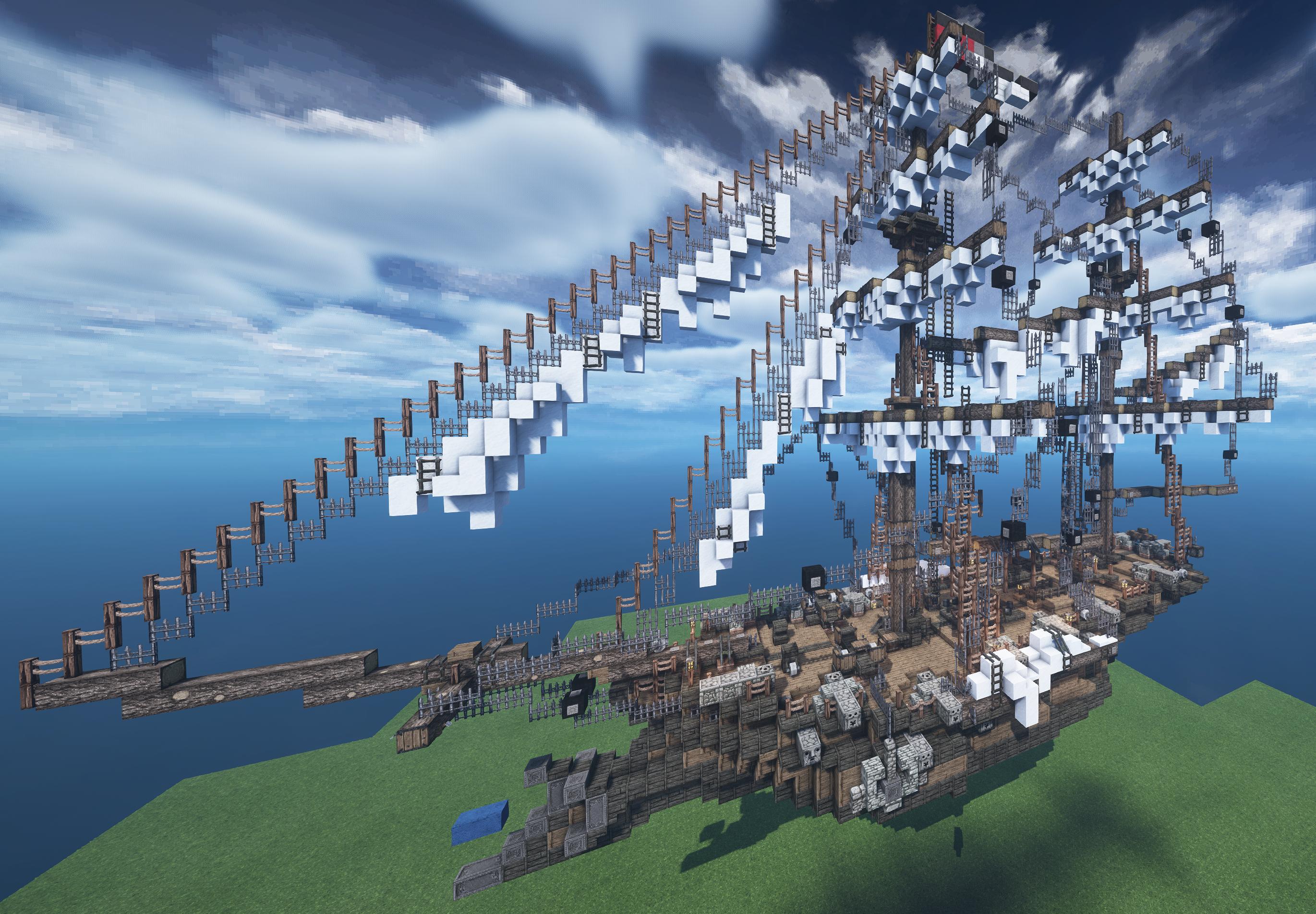 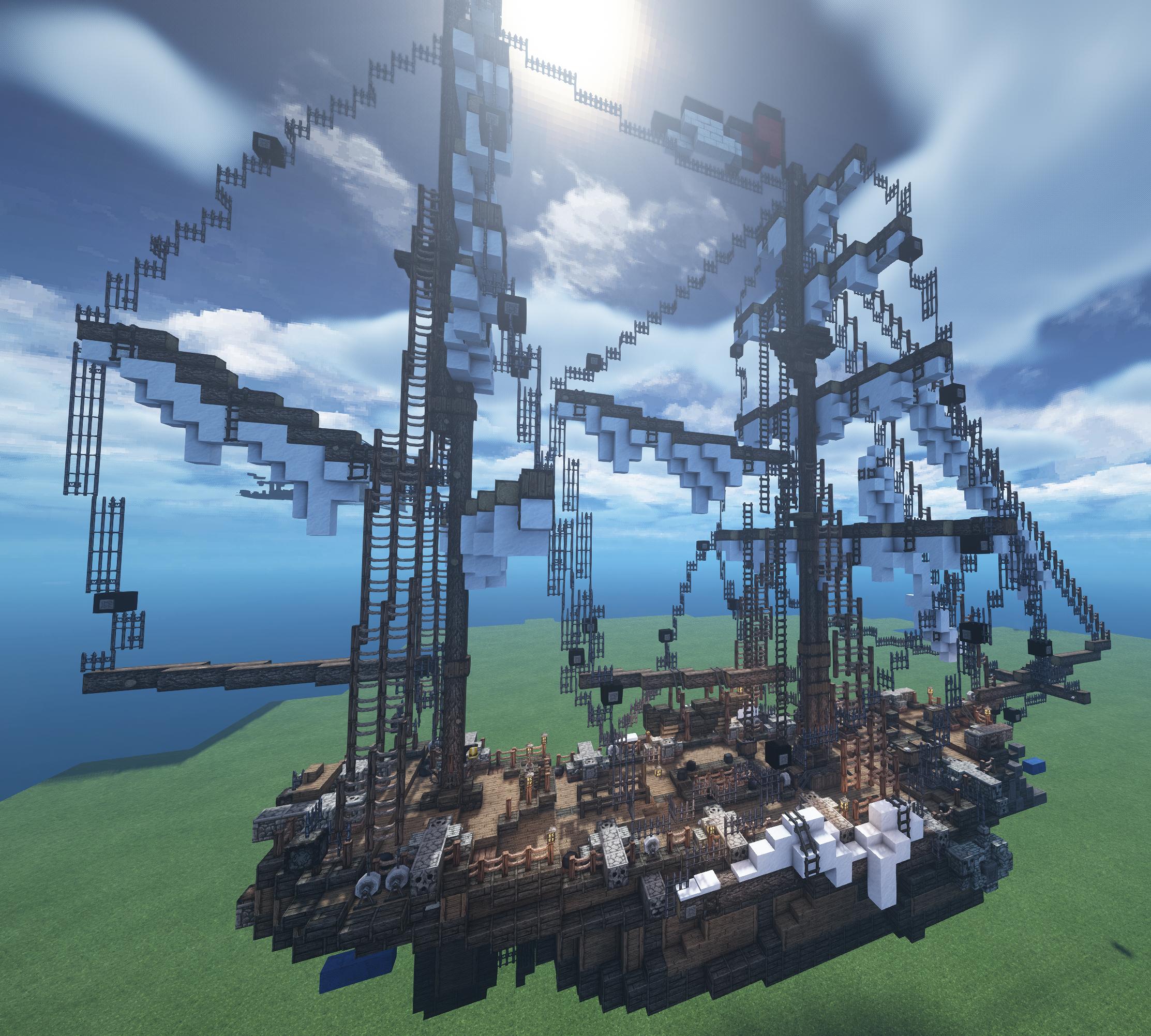 Cabre Marinera
- A Carrack style Vessel sporting White and Blue sails as the Flagship of Queen Sugar Silveira. Primarily designed as a Merchant vessel, it sports a large cargo capacity and few armaments, but the design itself is sturdy and strong. - 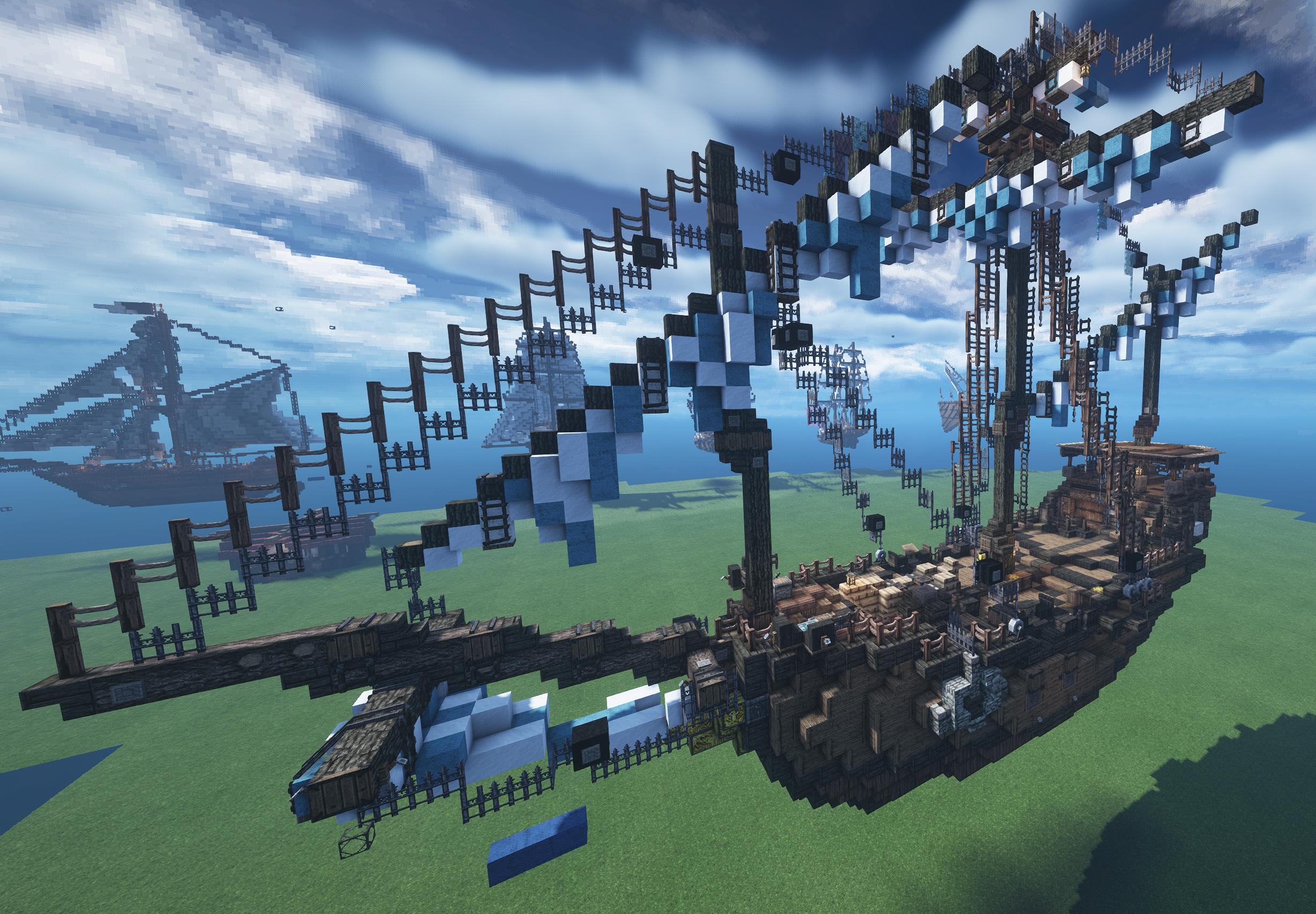 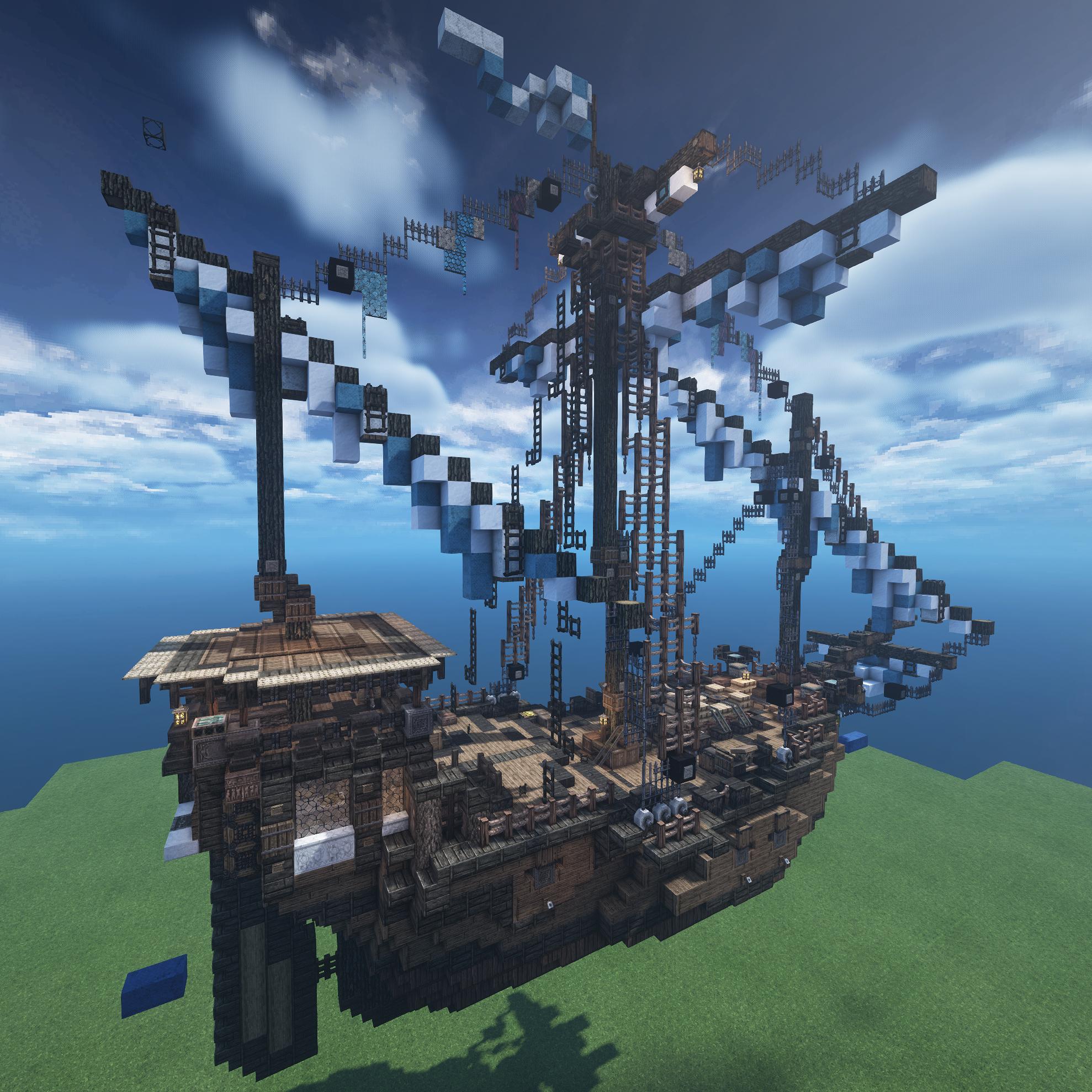 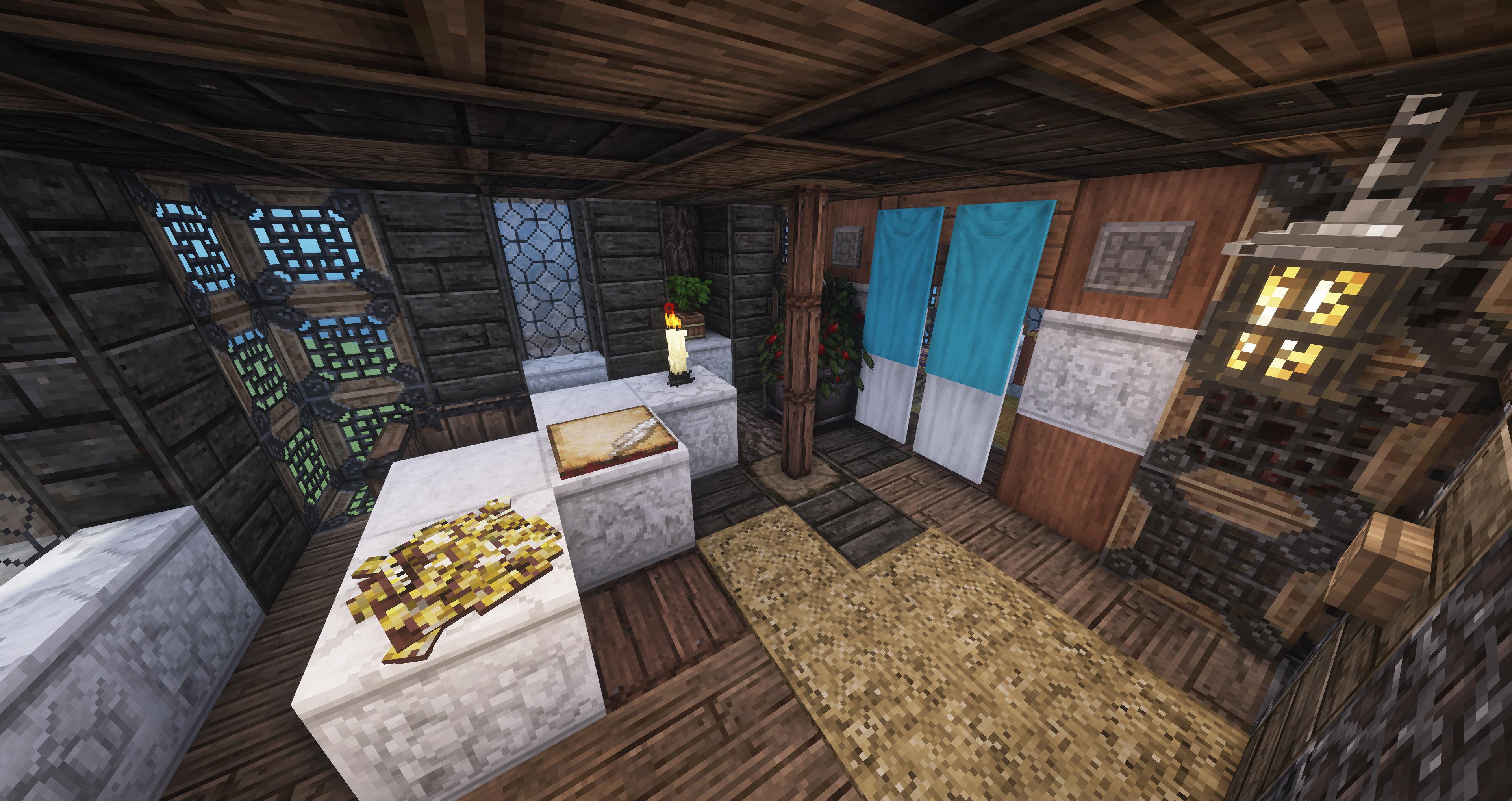 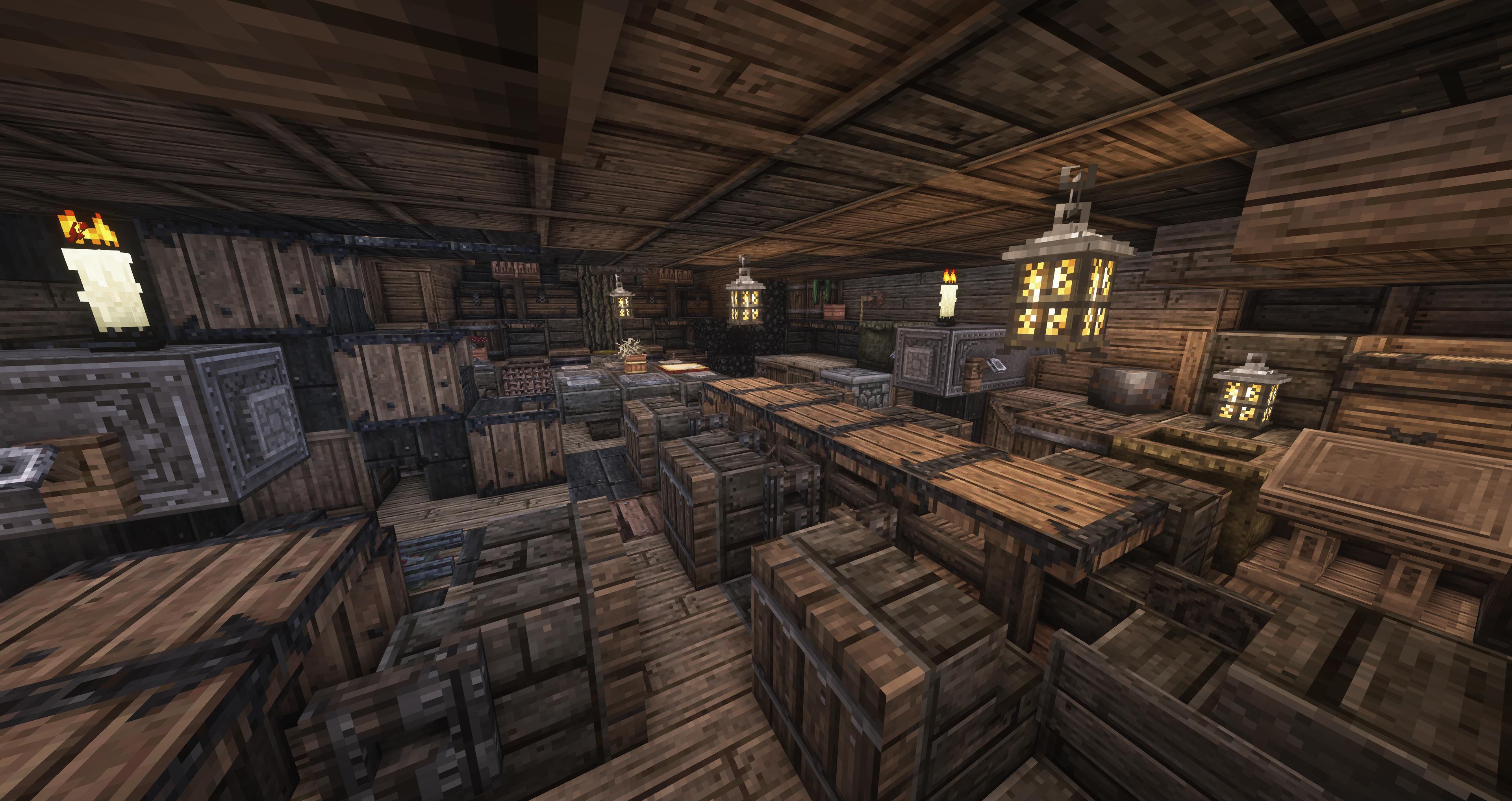 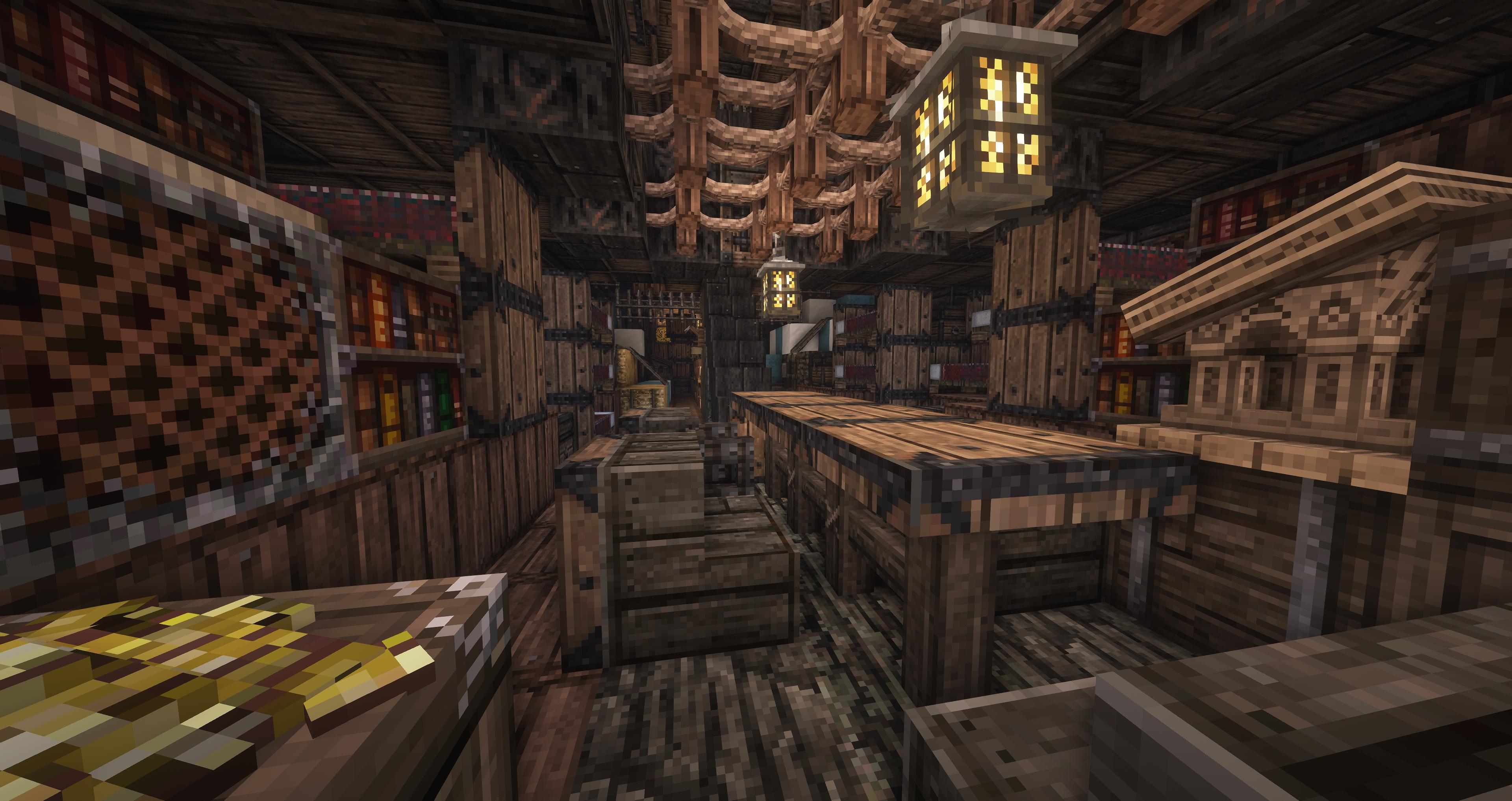 - Commissions -
To lay some groundwork;
A Small Ship requires 120 Staves, 40 Nails and 100 Canvas.
A Large Ship requires 240 Staves, 80 Nails and 200 Canvas.
I will also build the ship 'OOCly' in Creative for you to use at your region, during events, for whatever purpose you would like. This is to go with your new HollowCrafting Item. This build time can vary drastically depending on size, features, my own IRL schedule and general work speed. There can be both a unfurled and furled sail version if you wish (as seen with a couple of the previewed ships above.) They will also feature a fully furnished interior.
IC'ly a Ship is not a cheap undertaking, they would take many months, even years to construct. A lot of material is required and a large workforce. Fortunately the cooldowns are not as brutal.
-
Siege Weapon Armaments require further time, materials and costs.
Scorpions require 12 Staves and 2 Ropes.
Ballistae require 24 Staves and 4 Ropes.
Trebuchet 45 Staves and 12 Stone.
-
With all that mentioned, my current going rates for Ships and Weaponry sit around;
-
Small Ship: [75,000r]
Large Ship: [150,000r]

This is for Oak Hulls and Cotton Sails, special materials such as Birdwood are somewhat unrealistic to ask for unless a very large monetary sum is offered or the material is provided yourself.
-
Scorpions: [x * 15,000r]
Ballistae: [x * 25,000r]
Trebuchet: [x * 35,000r]

This is for Oak Staves and Cotton Ropes (Until Tendon Ropes are made a thing withing HC. Irrut Staves will increase the cost further.)
-
These prices can then be negotiated and varied depending upon specific requests, features or changes that may be desired. We'll have a full Discord dialogue I am sure as the specific details are worked out.