Greetings Explorer, Navigate into the Lobby!

Register a free account today to become a member! Once signed in, you'll be able to participate on this site by adding your own topics and posts, as well as connect with other members through your own private inbox!

Be sure to "Get Whitelisted" to join the community on server!


HollowHarvest is the cornerstone of the crafting system that lets you gather IC resources. While exploring the unclaimed parts of the main map you'll come across resource nodes that can be harvested to yield IC crafting materials that can be used to craft with. Each character can designate a harvesting skill to focus on that lets them gain experience in harvesting nodes of that type, and progressing in that skill improves the yield of each node harvested. Each character (as tracked by the cards plugin) can have their own specialization.​

Example Resource: All materials harvested have descriptive text and a special name color that reflects their rarity. ​


Resource nodes appear as a floating exclamation point over a point of interest in the terrain, usually with decorative blocks placed nearby. For metals and stone, some of the terrain will be replaced by an ore vein. Plants have a patch of flowers or grasses around it, and wood nodes are found next to trees. The node will give a descriptive message when approached, which will also tell you if it's recharging or is ready to be harvested.​
​
All nodes have a recharge period based on the rarity of the item contained. Common items generally recharge after 1 day, with an increase of 1 day per tier. Rare items have no recharge period, but the node is deleted after it’s harvested.​ Example Node: Approaching the node gives a description of what it contains, and harvesting describes its result.​


Being specialized in a harvest type guarantees that you'll always get something from those nodes, with a chance to get more drops that increases as you gain experience. Characters attempting to harvest a node without the proper skill have a 50/50 chance of getting one item or nothing at all, so it's better to find a friend that can harvest it for you to get the most out of it. You can have a different specialization for each character (as tracked through the cards plugin), but changing cards puts you on a 5 minute cooldown during which you gain no benefit from being specialized.​
​
The three harvesting skills are Mining, Gathering, and Butchering:​
Last edited by a moderator: Mar 8, 2022

Bartooliinii
Patron
Wow... This is amazing!
This would almost make me want to come back, it's that good! Ha
I'm just gonna pay close attention and ask around in discord how people are experiencing it. Seems like an amazing new angle and a reason to travel around and have tangible results of RP labor. 10/10. Very impressed! 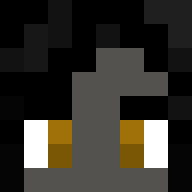 Cheesebox97
How would I be able to make weaponry with the resources I have? I have the hilt and the blade. Am I missing something?

Savannah said:
How would I be able to make weaponry with the resources I have? I have the hilt and the blade. Am I missing something?
Click to expand...

Check to see that you are not currently on cooldown from crafting an item before.